Dirty Pig Vitor Ciperiani. Meet Vitor Ciperiani a dirty smelly alcoholic who gets off abusing women financially, emotionally and sexually. He claims he owns his own bussiness but he actually works for cash and doesn’t even pay taxes. He claims he lives with a male roommate but in fact he lives with another girl to gain his immigration status and lies to her and says he is working out of the city when he is in fact serial dating and promising other women to marry them and asking them to pay for his clothes and gifts. He calls him self victor on Tinder where he finds his next victims. He will call you delusional and crazy when you catch him cheating red handed and brakes up with you sudenly when he gets caught and after taking thousands of dollars from you in gifts and living expenses. He claims his past girlfriends are stalkers and will treat you the same after he brakes up with you and will threaten to call the police on you saying your stalking him if you ask him to return all the stuff he asked you to buy for him. He will play psychologist games with you to scare you in your home and make you think you are going crazy and stressing you out. He is an alcoholic and breaks out in hives when he drinks excessively. He farts like a skunk at night times but will tell you it’s you that is farting and make you paranoid so you can’t sleep. He will criticize your looks, your weight, how you talk, how you walk to break your confidence. He will camp out in your home and make a mess and criticize you about your cleanliness and says he likes to keep his dating life private so he can’t show you to his roommate or take you to his place. He wears fake rolexes, drives around in a lease company car pretending its his car and he is sophisticated. He has zero education. He thinks no one else is allowed to celebrate western holidays unless they were born into that culture or religion. He is a racist pig and thinks he is better than everyone else. His limp uncircumcised wiener smells like dead tuna fish and it’s revolting. His a full on narcissist with low confidence who gets off hurting and taking advantage of other people. He has had 3 nose jobs and has the nerve to criticize others for being natural. He will push you to drink with him and force you to go pass your limit than video tape you and threaten to post it online or accuse you of not knowing your limit eventhough you kept telling him you don’t want to drink then make you walk in high hills instead of calling a cab and video tape you afteryou start crying when you fall down and laugh at you instead of helping you up to see if your hurt. He was in trouble with the law and in organized crimes in Albania and fled to Italy where he couldn’t get status then to Usa and finally came to Canada under false claims trying to hide his true nature. He fuks like an aggressive rapist and thinks he is doing you a favor. He is nothing but a gold digging opportunist slim bag with no moral values. He is a leech with evil intentions. If you dont want to lose your money, time and sanity then Stay away from this scumb bag 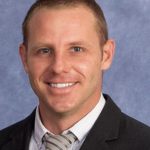