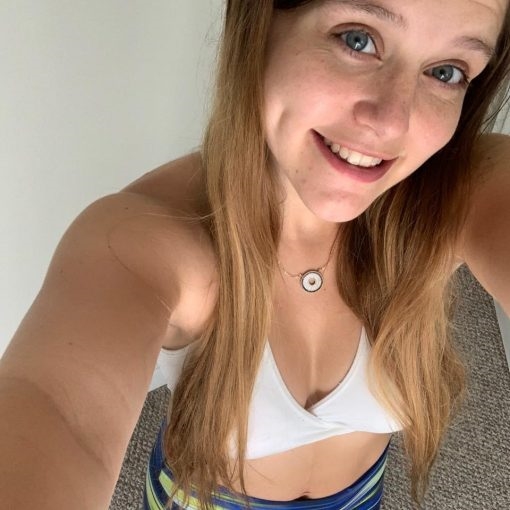 Kaitlyn Ertl – Dangerous Deadbeat “Mother”. This young girl and her baby daddy Michael Lambert are nothing short of dirty and ridiculous. Not only have they procreated twice to two unfortunate children, they have uprooted their children’s poor little lives nearly a dozen times. Kaitlyn has packed up her sorry life in the middle of the night countless times to drive halfway across Canada to Alberta (in the middle of a pandemic!!!) to be reunited with her “soulmate” who does nothing but abuse her and her children, mentally and possibly physically. Kaitlyn has gone to far as to stay at a “safe house” and apply for legal aid only to yet again betray her supportive family and friends in favour of some Deadbeat fuk boy who cheats on her and takes advantage of her financially, and where she lives with 8 other people cramped into a two bedroom house in the middle of nowhere in Alberta. She’s made the drive in less than a day MORE THAN ONCE. Can you imagine how much those poor babies protested? It’s a vicious cycle of a toxic relationship that is spiraling out of control, and two unfortunate children under the age of 2 are suffering the brunt of their parents stupid mistakes. These children should be removed from the care of their “parents” until these silly juvenile issues are resolved. No child deserves to move halfway across the world half a dozen times in the span of half a year. This idiot posts half naked pictures of herself every time her and Michael break up to lure him back in, and he threatens suicide every time she leaves him. This cycle repeats every 6-8 weeks like CLOCKWORK. Just wait.