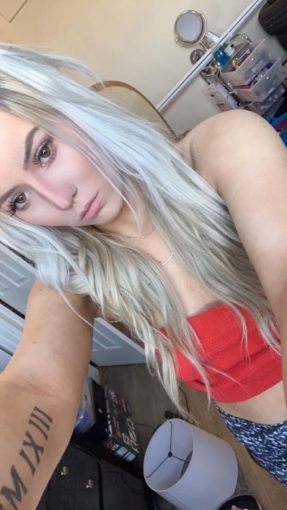 HUGE CAT FISH ALERT!!! AKA walking DRD! Catch this – this ugly looking piece of dis formality (Yes her in the picture above; note the overlined horrible lip / over done contouring as that is what she will do to get your FATHER / drug dealers attention).. IS a absolute gong show. Do not speak to this woman, as she will do anything to sleep with your man / family members ESPECIALLY if there is drugs involved. She is an absolute wreck, and will fake her personality aaaand her fake success gets her nowhere but to a escourting lifestyle in Saskatoon Saskatchewan. This girl is lost for cities to live in. The catch with this girl is her pictures are an absolute edit, and she will disguise you with anything for ANY kind of drug. She stole so much money / drugs from so many people, and was ran out of Prince Albert Saskatchewan as well as KELOWNA BC because of her ways. This disgusting individual has ended up in jail for her sketchy use of escourting at the wrong places and actually got caught by the POLICE in Prince Albert thinking she was a successful escourt. Her parents are heavy users, and she has slept with her own family members to get the discount. The amount of credit cards she has stolen from peoples wallets has also been a reason for her incarceration. This girls Floozy has been sent around in snapchats and it looks like a rotten mess.. to much escourting I guess? Her makeup is all from Walmart, as the big bucks go to some heavy drugs and to cover up the scabs!!! She has been caught by her ex sleeping with her cousin. All of her family disowned her for that and nobody wants to claim they even know her. I will warn you that this individual has genital drd, and will deny it till the day she dies. She has slept with all of my brothers and stole all their money. She will steal from any store in the mall, and sell it online for money for drugs. It’s no wonder she’s a inmate chaser this one, she learnt all of her nasty habits in prison. She’s been caught shop lifting in Prince Albert on various occasions, and continues to do so here in Saskatoon!!! This individual has jumped from trap house to trap house (with her iPad as her phone) as she has a criminal record and everyone knows to not allow this individual to rent from them. She will throw trap parties, and flex fake EVERYTHING. At one point she had pretended to kill herself, only to create self pitty and obtain clientele on her escourting adventure (wtf!) She has threatened people by telling them to kill themselves, AND has attempted to run over her boyfriend (because he took her drugs away from her). WARNING she will do what she can to get close to you, and attempt to ruin your life behind your back as she is so bored and methed up. Stay away gals and guys, she is a pure leach and will come in and ruin your life in such sneaky ways OR try to do sketchy things to have you in danger as she is claims herself to be “bad and boujee”… YIKES!!! 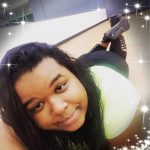