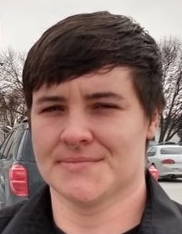 Sky Holbrook Is A Manipulator.Sky has always been a manipulative person so I am not surprised by the things she is doing but I am so terribly disappointed that the justice system actually believed her lies and has wronged Ms. Organ the way it has. Why is no one in the legal system helping her?? This is just wrong! I was very close to Sky in high school and have stayed in touch with her since. She lies constantly. She uses people constantly. She is very, very ill. It is NOT Ms. Organ’s fault that Sky is sick. Ms. Organ tried to help Sky. The mechanic guy really fuked her up. The problem is Ms. Organ trusted Sky and acted in good faith. I know for a fact that Sky threatened Ms. Organ with suicide when Ms. Organ tried backing away from her. Ms. Organ asked Sky if she had talked to guidance and Sky lied and said she did. Sky was trying from grade 9 onwards to date Ms. Organ but she kept backing away and Sky was furious about it. Sky said she finally got Ms. Organ to kiss her when we were 17 and Sky told me, “She can’t get away from me now or I can get her fired.” So, you tell me, who had the balance of power in that relationship? I think Ms. Organ really did love Sky. She was kind and respectful to her. When Sky’s parents threw her out of the house in the middle of winter, Ms. Organ took her in. As an adult, Ms. Organ supported her through college, supported her in starting her own business, and encouraged her to get help healing from the sexual abuse from the mechanic (which Sky had refused to do). Sky has always told me how much she loves Ms. Organ. Then and now. She never indicated to me that she felt used, abused, or manipulated. She told me if it wasn’t for Ms Organ’s support, she would have killed herself in high school. The mechanic who abused her was a family friend and it really bothered her, I think. She told her mom but I don’t think she was believed. She said Ms. Organ made life worth living for her. Ms Organ only decided to leave the relationship because she had no choice. The situation with Sky’s mental health had deteriorated so badly that violence was prevalent for a couple years and directed at Ms Organ frequently. The final straw was when the violence impacted Ms Organ’s daughter. On Thanksgiving 2017, Sky beat up Ms Organ and her daughter. The police arrested her and charged her with domestic assault and the court issued a peace bond. Sky told me she was just trying to get Ms. Organ to listen to her about her psychokid. I think Ms. Organ was too afraid to enforce the peace bond so she just let Sky come and go from her house whenever she wanted. So Sky would go over there during the day when Ms Organ was at school and get stuff like letters they shared, financial records, pictures, whatever, she wanted really. Sky told me if Ms Organ wasn’t going to take her back she would get her fired. She said she would make Ms Organ come to her senses or make her lose everything. So, I understand the law. I understand child exploitation but this just doesn’t feel like that to me. I’ve watched this play out and it’s just fucked up. She has been telling me through the court process that the Crowns office pressed the charges and she never wanted them. She said the police used her to further their careers. Pitted her and Ms Organ against each other. She expressed in open court that she DID NOT SUPPORT THE CHARGES. Then after Ms. Organ was sentenced Sky says Ms Organ should have gotten the maximum sentence? Since being charged, Ms Organ has tried to move on with her life, I’ve heard Sky threaten to harm Ms Organ, her daughter, her new wife, and steal the dog. Broke her own stuff and falsely charged Ms Organ for it. Fraudulently used Ms Organs credit cards, and skipped out on business loans Ms Organ co-signed for her. She has breached her peace bond and harassed Ms Organ for the last two years to the point of being put on probation for it…and she is still planning further attacks! From Ms Organ all I’ve heard is well wishes that perhaps Sky might get the help she so definitely needs but Ms Organ is the one being punished….further? I just can’t frame this as any form of justice???