Matt James — Stank-A55 Pepsi whore. Where do I even start, first off, if you want some pepsi this guy is your man! He’s one of sarnias biggest pepsi-dealers. I heard this prick also has had a bad problem with the nose candy for years, which is why he lives in the ghetto in a brokendown house. We started seeing eachother a few months ago, then I realized he just wanted one thing….which by the way was god-damn fuking disgusting, his short d1ck doesn’t do it and his a55 smells like sewage. I told him we were done and this idiot wouldn’t take no for an answer, he lost his temper at me like I’m some piece of sh1t just because I wouldn’t fuk him… I know for a fact Everyday after work he gets on the rail just so he can work at his shady a55 business MJ CUSTOM METAL. He constantly brags to everyone how hes the best welder at work and always has to run the show at work because everyone is lazy and they don’t know what they are doing”. After constantly hearing about his loser-ass stories about how great and superior he is I’ve had it.. and jamzey rat me out!! I really Don’t care and ladies of Sarnia-lambton get this shady prick to turn around and read his a55..it says “FUK YOU”, because that’s all this rodant wants is pu55y and doenst care where he gets it from….Matt James B1tch get some help you creepy little sketchbag…. Here’s an idea, make a sign that says “the joke” and wear it around your neck and tell the world exactly what you are. You think people are laughing cause your funny…. Nahhh there laughing at your cause you’re a fuking jokeshow! #mjcustompepsiwhore 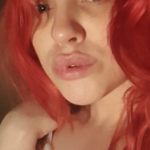