: I’m warning Ladies under 28 if you come across this man run… Your not mentally mature enough to deal with a narcissistic alcoholic miserable 43 year old whose not a worker he gets jobs briefly but would rather chase young naive unknowledgeable single mothers or sh1tty mother’s like his shirt father-less life. Has 6 kids to 4women.. has two girlfriends every year it changes unlike his underwear.. he has a dirty a55 house filled with floozies drugs and alcohol to any age.. dishes beer cans bottles broken glass black feet leaving so don’t take your shoes off … he thinks it is appropriate behavior to put young women, mothers with lack of self esteem, he would rather chase sex drugs and money through women right in front of his three daughters than parent them full time work hard for them and protect them from men like himself. I pray Westmoreland county ladies tell each other because he will not use a CONDOM and if you have slept with this man you better get checked…. I pray this man gets the therapy and rehabilitation he needs before his children hate him from his behavior. 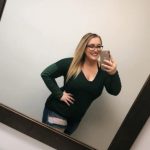 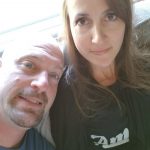