Perpetual victim,claims multiple hardships from transplant list,abusive ex-bfs,to financial difficulties,all lies! She has several mental health diagnosis,and one hell of a meth habit. She is locally know to meet guys on dating apps pretend to be a victim for sympathy,use her mental illnessess(depression) and fake doctor appointments,and doing laundry at Mom’s as an excuse to go meet and bang guys for meth and sport. She has ridiculously low self esteem,and lives through her old pics(pre-meth) on Facebook,which she uses as her own personal Backpage to meet married or committed me for her emotional/physical pick-me-ups. She will use a guy for what she can get,while having several on the side playing them all simultaneously,quite the multitasker. My brother caught on a tad late with her and almost went to jail because she sliced her own tires to try and blame him and change the subject of her having 2 guys ‘sleep over’ for 4 days, allegedly doing electrical work,4 days and nights come on! She had multiple bruises all over her body she claimed was from a fall down the steps,but the truth was in the cam vid the one guy took and posted on a sex dating site,which got removed when my brother confronted her. Jennifer Alwine also has DRDs,including DRDS,my brother caught them all off her. Ol’Jenny likes to use alias too,change her DOB and address quite a bit,she tricks and rips off meth dealers,users,and regular ppl off and burnt so may bridges that she rarely shows her face in public,that coupled with her snitching to get a 4 grams meth possession charge reduced to ARD is cause for concern. She also has a Boxer,that ppl claim that she shares too close a relationship with,and Jenny blacks her windows out in Boswell when it’s party time with friends and it’s time for a Meth party. It’s a shame,how can such a person live with themselves,and cheat on ppl who meant her well,rip off everybody,and play being a victim while having bfs arrested and jailed,her meth episodes are legendary,be warned Somerset,Johnstown,Berlin,Central City,and Altoona,this crazy meth whore will wreck your lives and have you set up with the police,YOUVE BEEN WARNED! 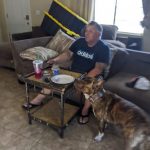 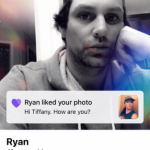