This girl is a low life former bartender now stripper. She puts down her sister for being a junkie but she ‘dates’ some of pittsburghs finest pepsi and heroin dealers. These are the same dudes responsible for getting her sister hooked. She doesn’t care as long as her fake a55, face, tits, hair, lips, rent, and shopping is paid for. Her poor father is probably rolling over in his grave. She also works for a pgh drug king pin whold legit tried to run cops over. But her sister is a junkie???? Girl YOUR part of the reason. Aside from her moral faults I think the worst part is she a habitual dog abuser. She has a dog or two… Can’t handle them and gets rid of them only to find a new defenseless pup to repeat the process over. Her place smells like dog piss and sh1t too. She thought it was hilarious her new pup from Miami sh1t in her shower. Train your dog. Stop spreading you fake a55 drds everywhere and don’t treat dogs like handbags or toys. She’s fucking garbage no matter how much she pays too ‘look good’. 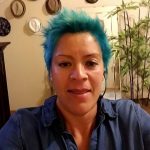 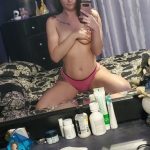