Steve Finigan talks the talk and is very good at manipulative woman into believing whatever he wants them to, he is constantly borrowing money from woman (he says he will give it back but avoids them after instead) he will tell woman he loves them and that they are the only one but watch yourself girls he never just has one woman he strings along numerous girls at the same time and signs up for dating sites to try to find more, he doesn’t care how old you are , if you have kids to support or how much money you have, he will take it all without even batting an eye ,he doesn’t care about anyone but himself, he will give a sob story about how his brother dragged him into things and got him into trouble but let’s face it ,everyone has a brain and should know how to think for themselves, you do the crime you do the time please girls just be careful and don’t fall for his lies, nothing that comes out of his mouth is true, he is very quick to give out his phone number but dont let that fool you, he gives out a texting app number because his phone is under someone else’s name and he doesn’t want them knowing who he calls, if you are with him he will have other woman listed in his phone as random things like ABC or 123 sometimes he will use simple names like Bob but don’t kid yourself you are not the only girl in his life ,he will continue to use you as long as you keep giving him what he wants, as soon as you catch onto his game and call him out on it he will avoid you at all cost and just move onto the next one.He’s a good talker and knows all the right things to say, be smarter than him and don’t get mixed up with him in the first place. 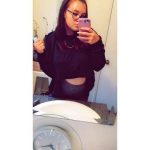 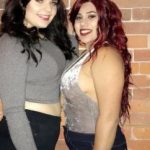