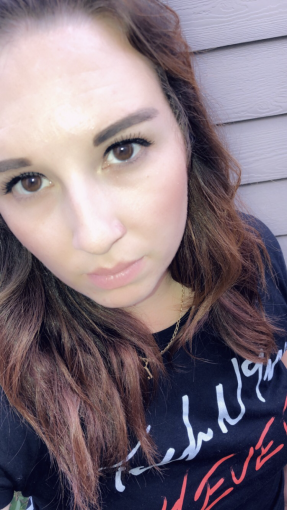 My ex Michael Jesse White-Lavoie who was recently posted on the kelowna page? Only posted this because he seems to think I would care? I don’t. He is mad because I am moving on with my life. Trying to do what is best for me and my family. Honestly and legally. While he is going to jail for a drug business he chose to pursue after we broke up. He abused and assaulted me in every which way exists. He did cheat on me. A lot. With more than one chick. I busted their nudes even in his phone. Even with a girl as young as age 12 and he responded “so?” Like it didn’t even matter to him.. he is abusive. Childish. Never seemed like he was when I first with him.. He lost someone close to him and hasn’t been the same since. He literally took it out on my face. I suffered YEARS of PCS post concussion syndrome. The person who wrote it? Was probably his other loser baby mama. Who acts like she’s always in a competition with me and is just so perfect always. Who is the real narcissist who posts selfie after selfie after selfie after selfie always. As if anyone really cares asides her posse of weird chicks. Who probably only like her because of the good deals on drugs they get from our baby daddy. Which is really mostly why these 2 are so popular amongst so many people and have that much more support than I do. Since I don’t do any of that stuff. I’m not friends with any of these people. I distanced myself from them. I have only been focused on my kids. They helped to cover up what he did to me and my kids. Which was abuse, assault and fuk me and them over. He made us lose our home and haveto start over from practically nothing.. He is the child abuser. He pushed my daughter out of a chair because he was mad at me. My kids don’t even like him. Or him being here at all. Unfortunately, my youngest is his son though. I have tried not being that bitter baby mama type and have allowed him access, beyond more than fair and reasonable at times. And yet he still always tries to blame me. When he chose to miss the majority of our son’s life, to this date. Even when he is invited, he comes up with lame excuses not to ever see our son. I have sole guardianship and custody. I have never once missed a day of our son’s life. I never will if I can help it. I am adding this to the already existing case file I have against him. And this is why he will never have custody of our child and is bitter about it. He is an adult who has 3 kids. Yet still acts like a child. Thinks he’s the coolest because he sells drugs for a living and screws everything with a hole. He’s an embarrassment to my family. He’s made all these promises to help us, but then never keeps to any of them. He’s not done even half for our son, that I have.Now he’s threatening to do nothing for him at all and even said goodbye to him for good like a week ago and it was messed up. I even videoed it.. He missed the majority of the first 2 years of his life. He’s missed so much of his life, my son is still confused why he even matters. And treats him like a stranger still. Because he is one. By his own choice. I’m being harassed rn even and I am calling it in. You’re aiding his abuse rn, posting me. This is childish. And not fair. Haven’t we been through enough yet? 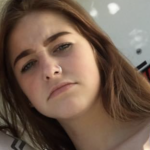