This home wrecking fuk pig cvm dumpster of a whore is a rat, a theif a deadbeat mom whos been pregnant 5 times 2 abortions her oldest daughter taken by family an children services the middle child taken at birth an her child now soon to be removed from her care. Shes an floozyt as well as a well known junkie in ktown as well as oshawa an whitby will suck an fuk anything to get her fix . Each chid has a different farther by the way. She stared young on the d1ck as well as the meth an now being told shes on the down an using it with her child present. Her teeth are rooting out of her face she loooks like a zombie an at times it looks like crayloa fuked her face thats how much makeup is used to hide her death look.shes constantly down town loooking to suck or fuk or eat anything for the next hit. An yes shes a home wrecker an like to fuk married men or women. Its been said she sucked her first d1ck at the young age of 11. Yes shes an all out cvm dumpster an yet again pregnant being she just had her nost recent child 2 or 3 months ago. If youve been with her you my want to get in an get checked as shes been knowing to have multiple DRDs an it hasn’t stopped her at all. If your the drug dealer watch out as shes a rat an if she dint rat you out shell have you robbed as shes done this multiple times.she has been beaten several times for the stupid sh1t she dose an yet has not learned her lesson. 5 foot fuk all an has a big mouth an likes to talk about every ones business , an loves to throw the word Goof around like its nothing. Lets all give her a shout out for being the lil rat pig goof she is. 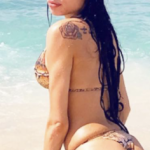 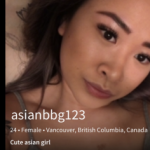