Adriana Alex Rivera — Homewrecker Mayan Salvadorean. Don’t be fooled by this b1tch from Bradford, Ontario aka very popular at Seneca She acts so innocent to front someone she’s not at church and to the public. However, She’s nothing but a homewrecker scumbag with no morals dignity or self respect! We have seen her kick her husband out of her house numerous times and yelling and throwing things at him and then she brings in the next man as soon as he’s gone not considering that her 3/4 kids are crying and still in the home. She’s been sleeping with married men including with our neighbor’s husband and she assumes it’s the only way it will stay private because they’re married!! But you got caught b1tch! And those who know her can confirm that she’s a lying manipulative b1tch and a stalker!! She harrasses and threatens these women that approach her about the affairs including driving by their houses at night and sending brutal messages and phone calls. So here take a look at this b1tch she doesn’t only spread her legs to every desperate man out there, she attacks the innocent when she gets caught. And for any employers if you’re reading this, she’s a lazy b1tch that uses company’s time, email and phone lines to focus on harrassing people. And those who personally know her can prove that she’s a psychotic b1tch who needs to be assessed. 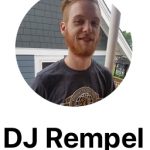 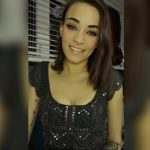