Sarahh Tremblay — Dirty Home Wrecking whore. This is Sarahh Tremblay. She is known to cheat on her boyfriends with their own friends. One of her boyfriend /baby daddy friends was a MARRIED MAN. Whenever things get hard with her boyfriend, or he leaves, she gets revenge by seducing his friends even when she knows they have families at home. She then goes on to bully the girlfriends or wives whenever the man decides to end the affair. She bullies the wife or girlfriend as if they are the ones who stole the man from HER and even though they were the real victim of her and the guy. She’s done this to at least 3 different couples. And when the man tries to end the affair, she will continue to make text now numbers to text them, to the point they have to change their number. Then she attacks his spouse when she doesn’t get the guy. Aside from this, she also sleeps around with multiple other men and takes pride in being a whore. She literally posts all over Facebook like being a whore is funny and something to be proud of. And also how talking to men who aren’t single is something to be proud of. Also, she looks nothing like any of her pictures.. They are heavily filtered and photoshopped so anyone who meets her from a dating app will be heavily shocked. This girl is so insecure with little self respect that she looks to sleep with multiple men, especially the boyfriends friends or married men, just so she can feel like she’s “won” something against an actual pretty girl or feel relevant. It’s a big game to her. Steer clear. Shes ruthless and will ruin your life if you let her. 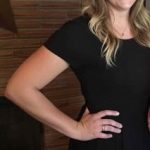 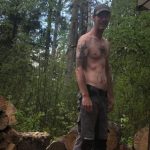