Kyle Gonek Wannabe Baller, Just Another scumbag. Everyone’s seen posts and new articles about Kyle Gonek and his “fast” car, trying to sell his pathetic excuse of a small **** truck for triple it’s worth, and general show-off attitude always bragging about his new purchase, or how much money he’s dumped into his pathetic car that’s still broken. What people don’t put together is Kyle doesn’t make his money from working the pipeline. Oh no, this scumbag makes it from fuellng others addiction. Well he did, anyways until mid June. Look up a news article about a drug raid in West Kelowna. Karma finally caught up to you Kyle. I’m glad they took your trailer, your seadoo you just bought, and everything else you were stupid enough to show off with. Guess you’re not getting that Trackhawk now, eh? Hopefully they take your car and dog soon too, but something tells me you’re so chicken **** you’ll make a deal on your suppliers to stay out of jail, just because you’re a wannabe gangster with no balls. 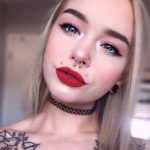 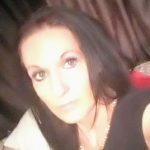