If you know this man, are currently dating or have future plans to date this man. Save yourself the heartache and let this one go. Trust me, i was so in love and currently 8 weeks pregnant, he claimed to love me more than hes ever loved anyone. I gave him his privacy, space, love, time, affection etc. I did any and everything he asked just to make him happy.. I even lost some of my family, because i was so blinded. But they seen right through him, i gave him the benefit of the doubt. The entire time, cheating on me with multiple different woman,i finally convinced him that he could confess and id forgive him and we could move on, because i loved him. People make mistakes. I thought hed stop. This was his “confession= ok i admit it, since we have been sexually active ive had sex with 2 different women, five times. But that was before we made us “official and i bet he says the same to you IF he ever “confesses”. many of his mistresses called/texted questioning why i was sleeping with “their man” not even realizing i was the main chick and they were the side dishes, because. He made us ALL believe we were the only main woman in his life. When in reality he slept in my bed everynight. But hed get off work early and lie to me, thats when he cheats. When he claims to be working late. He lies about having to work weekends. Ive found him on the popular dating site plenty of fish. He wont post his pic publicly though, he will lie to you about his “crazy ex” stalking him. He has 10 or more facebook profiles but lies and says none of them he has access too because his “crazy ex” changed the password and frequently posts photos of him his “crazy ex” and daughter. He has more than one cell phone number too! Why? Because he gets insecure about his cheatingand he will start feeling and accusing YOU of cheating. And say well then let me see your phone, then he will offer his phone. But you will more than likely never see the incriminating texts ect. Because he uses textnow app, other texting apps he can simply sign out of before he arrives home, his mistresses he will block before he gets home. So that if they text/call. His phone wont even ring, youll be oblivious to his disgusting, manipulative behavior. 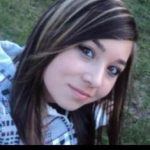