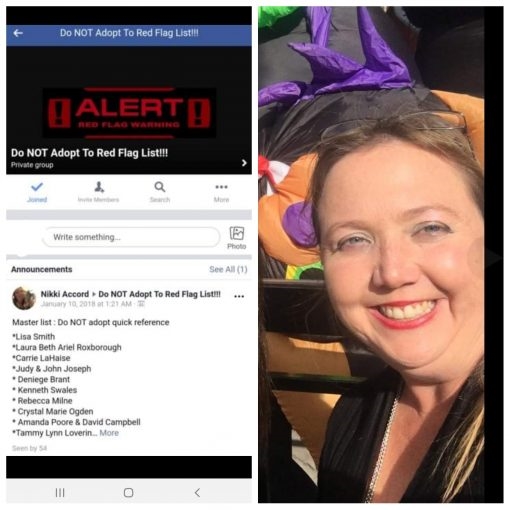 Nikki accord is a bully . She says she has been bullied before but yet she has allowed numerous bashing posts and comments about someone, she allowed a nutcase to bash like crazy and put all false info . Nikki doesnt like someone because that someone msgd someones beating bf . There was alot of beef going on and nikki was the one that sent screenshots to the person, S had enough and decided to play back harder . And nikki asked s why someone is even saying shit when she shouldnt even be talking . Lol .. anyways so only thing s is grateful for is that nikki saw the proof of that person and deleted the first post made about s .. then after the fight of s msging someones on and off bf thats when nikki started to allow posts about s up again. She had allowed someone to post 2 more times!!! That person did it for her boss owner . First she did it for leeann hertel then boss owner twice . Awful people . That group is called .. do not adopt red flag list !!! . Its on secret . The posts have been screenshotted and sent to people already . We thought nikki was a nice person but shes not . .. before , someone was gunna take a senior cat and someone bashed the person thru private msging. And s had to confirm to nikki that someone was lying and had to attach proof beside it . Thats why nikki and others do not trust that person . They dont even like her lol . They just keep an eye on her and the rescue shes protecting now. Haha Want to mention that niikki had also sent s a screemshot of a comment under someomes post saying “be very careful of s” and thats why s msgd the persons bf. Lol. also want to mention that nikki got played by the 2 evil masterminds, they made fake accts under s name impersonating and framing . Sent msgs to nikki and nikki actually thinks its s that sent it . S has tried to msg nikki and to tell her and to clear the air but nope. Shes brainwashed too Sue namedof from paws up rescue resource in hamilton and nikki accord from ninth life cat rescue in hamilton/burlington/waterdown , are bashing people when they know nothing. They dont know s , only the rumors from people that were very vicious and mean. Nikki was even in a bashing secret group about s, and in private group chats, most if it are lies. How pathetic and sad. Nikki also condones her friend yelena j pavcic to tell s to kill herself over something s didnt do. S was framed by 2 people . Anyways everyone should watch TIGER KING on netflix. 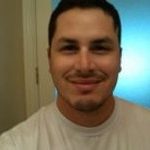 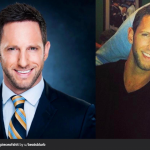