: David Dalton….of World Financial Group of Canada in Chilliwack, B.C was just recently busted for cheating on his wife. The details? David Dalton has had a long history of sex addiction cheating swinging ( poly, multiple partners, attending wild sex parties where orgies of 10s and 20s happen) drug use & emotional abuse. After being in a 8 year marriage he decided to cheat on his partner with a much younger female. He then lied several times about it. It wasnt until David was told by the female he cheated with….that his wife knew and was onto him…did he FINALLY admit what he had done…. BUT….He never once did mention WHY he was confessing. He chalked his confession up to being guilt ridden and wanting to “right the wrongs” but…..THATS NOT WHY HE CONFESSED AND THATS NOT HOW IT HAPPENED…. The wife was onto him! She knew! And so when he confessed it all to her…she wrote the other female and asked then…if he knew and IF thats why he had confessed…because he had been tipped off….and the other female confirmed that she had tipped him off. david never showed any remorse until he was caught…and now david plays a clever game of emotional abuse and manipulation….where he poses himself as someone thats done wrong …and is truly sorry….he plays…the victim, the guilty…all the right cards…to protect his identify…to maintain his deep seated lack of authenticity….because hes not sorry….hes sorry he was caught, in a wrong…and hes bidding his time to do it again. david loves all things taboo, cheating, daddy/lg…he cant help himself…and hes waiting just around the corner…to charm you..and to carry it all out again. why? because thats what makes his rod hard. hes most likely a sociopath or narcissist…youve probably heard first hand from him how he didn’t have any social skills growing up…that he had to teach himself how to “fit in” and “mirror” other people…how he learned books and research. dont let the wolf dressed in sheeps clothing fool you. this man doesnt have any problem hurting you for his own benefit. what 47 year old has a relationship with a 24 year old? 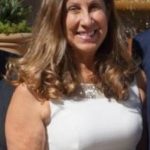