amses X Rosa lives in Honolulu, Hawaii and works for Honolulu Ocean Safety. He is 57 years old. He is a liar because almost everything that comes out of his mouth is a lie. He is a cheater because he cheated on his current wife and at least 2 ex-wives. He cheats behind his wife’s back even with her friends and send them pics of his c¤¤¤. His current wofe sine 2008 lives in Puerto Rico, she moved there after he screwed her best friend in Honolulu. He travels to visit her every other month, tells his Honolulu girlfriends that she is his ex- wife and lives in CA.
When Ramses meets a new woman he says he has never married or lived with anyone his entire life! He is a loner and he might be single for the rest of his life. Surprise! Public record shows he was divorced at least twice in Hawaii and ex-wives shared the same address. He says he married a Swedish woman to help her with Green Card. He says his last name is Rosa Franco to make it sound more Spanish but his real last name is Rosa Mercader and he is a Puerto Rican. He says he is a gentleman but he is NOTHING but!
He loves to talk about his ex-girlfriends and they are his best friends but no one actually speaks to him. In fact he talks about his current wife to his new girl friends as if she was his ex girlfriend a long time ago. He doesn’t wear a wedding band, either. He says he was born and raised in Spain and moved to Puerto Rico when he was 13 but he was born and raised in Puerto Rico. He says he graduated from a university in San Diego but he can’t even spell the most basic English words. He says travelled 50+ countries for water sports competition, work and pleasure but it’s all b.s. He says he is an entrepreneur and used to own a cafe and a night club but he didn’t. He says he owns 2 condo units but he doesn´t. He says he is retiring very soon to PR to open a cafe but he has been saying that for the last 15 years. He says he is a single owner of a property in PR but he is not. He says he is an animal lover but he is not. He thinks he is a good lover but he repeats the same move every time! He spreads herpes!
He is a loser who has no respect, dignity or class!! 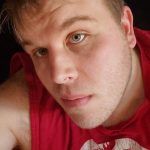 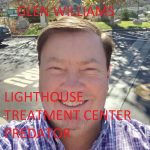