Stephanie Blackler — Worst Girlfriend Ever. Low Life Methed Out Drunk.This piece of work is nothing but a lying, cheating, stealing, cvm guzzling, whore that has no respect for her kids or anyone else including her parents or any boyfriends she has had. She has cheated on every boyfriend she has ever had. She sleeps with anyone who gives her meth. She put her boyfriend in jail and fuked Stephen Sherman who is on here twice for being a goof. Her boyfriend changed his career and took her kids in and raised them as his own and all she could do is drink. This mom of twins would get so drunk that her boyfriend would have to come home from work. The neighbor went over to try and wake her but she was passed out on the couch. She passed out and pissed herself on multiple occasions. She plays like she is this great stay at home mom but she drives around with her kids drunk and high on meth. I watched her run down the driveway while her boyfriend begged her to come back. She got stuck in the driveway backing out of the driveway she was so drunk. He said he didn’t know what to do. I said call the cops which he did. They came checked it out and left the kids with him seeing that he was fit. The mother snuck into the house and left. Didn’t even have the decency to let him know. With the kids gone she was free to do anything she wanted which was meth drink and fuk whoever she wanted. Matty Y girlfriend had to yell at her in the middle of the mall to get her to stop fuking her man and smoking crack with him. She still kept going over fuking and smoking crack with him in Morfee trailer park. That was a stomping ground for her see. Another suker was Darcy B in Morfee. This slut would go over and fuk him and then head home to her kids and boyfriend all high and thinks this is ok. She would leave her boyfriend to go out with a real winner Jason LaChance. A guy who has a rape charge and go smoke meth and fuk at the local lake. She fuks around with local heroin dealer Dennit and suks and fuks for it. The most fake person I ever met. Her makeup is put on with a butter knife to hide the amount of hair she has on her face. She cut down her boyfriend so bad she stole his phone to leave messages to his family that he didn’t love them anymore. She destroyed all his possessions. Flushed his teeth down the toilet cut up a shirt his dad bought him in treatment. She sends nudes to random guys with guys or by herself all while her boyfriend worked to take care of her and her kids. Her mother knew about the whole thing. He told me that he seen a text message that she was sending the rappist home because her boyfriend was coming home. Her mother sent an lol. They have tried to lye about Stephanie,s behavior because Kim works in the bank. Stephanie is so fuked up she thought her boyfriend and her old friend Carina had a thing going on. Four months Stephanie thought that her boyfriend and Carina had a thing going on and I know personally that they didn’t cause I was with her every day in that time. She went to jail for nothing. She broke into her house where he stopped in and she assaulted them both. Only thing to stop her was bear mace. Her family blame her boyfriend for her being in jail. So does she and it will continue. Stephanie sold his furniture for drugs. Didn’t care her kids were taken. Lost her license for drugs. Lost her morals for drugs. Fuked over her parents for drugs. Her mother is the worst enabler. She used to drive her to Prince George to get dope. Stephanie doesn’t use condoms and surly has something. If you see Stephanie Blackmer stay away from this whore. She has fuked husband’s boyfriends and anyone who buys her drugs. She will rat you out to get dope. Guys are still in jail because of this b1tch. You hear that Eric and Mike. Do not date Stephanie Blackler. She is a fake immature slut who plays like she is all good but will fuk over whoever she can to get dope. Her baby daddy Jim told a friend of mine she used to fuk him and carina. That’s why she so pissed at carina and hates her. Loser with a big capital L!!! Quit spreading lies about my friend you loser. Leave him alone b1tch!! 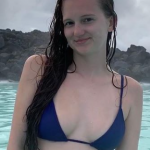