This MoFo goes around Anchorage Alaska recruiting girls after he’s done using them, he thinks he’s a Pimp , pimps don’t salvage their bodies n collect money, He will use u as long as u have wat he wants. He meets girls/ men and recruits em especially after he lets them build feelings so that it’s easier to make u do as your told. He’s good at master minding n making u feel it’s ok to accept monies for sex. Don’t let his looks fool ya, he’s a Homeless junkie dirty stray Jumps from one house to another he’s very good at ghosting u too, he goes by the names Too Big, Q , Seen216, Quinnochio, KaLLuChee, Thanos Avengers, The Ghost, he’s a big time thief expert, constantly Lies even if u call him out on it.Hes a Pro Hacker .So ladies n gentlemen keep ur phone on you along with ur personal belongings, otherwise he’ll get access to accounts. You’d be surprised what he’s capable of doing. N yes he’s a walking DRDs . He has girls as Monkey Fools,( they do as he tells them ) n they know bout him recruiting girls/guys. His famous Monkey fool is Elita Effie Cleveland she’ll do just about anything for him, at the moment she’ll deny that she knows him cuz she’s going through treatment for alcoholism to get her two children back, y would u let someone like Quinn Batts around ur children? Obviously she don’t care. His other famous Monkey Fool is Nicole Hankins she thinks she’s the main B1tch. She lets him come n go as he pleases. Just cuz he live wit her she ain’t getting played, Sorry Honey Boo ur labeled as one of the other hoes he recruited. Ladies and Gents be advised and aware of this cuz u might b that next hoe here in Anchorage, Alaska. His hang arounds are Spenard area, and Muldoon, n midtown. His transportation is the downtown bus transit. He loves hanging out in bathrooms, n showers at least 4-6 times a day. And whoever he claims to be in a relationship with your too late to turn back, cuz now he’s your problem. He’s a Cutter and beats woman. Don’t have ur children around him, trust me it’s not worth losing them. For the two monkey Fools I’ll pray for u both, with ur corrupted minds. 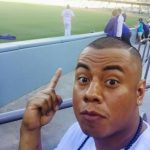 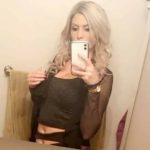