So this is Kathy. She used to live in Peace River where she recently earned the reputation of one of the towns dirtiest, sluttiest lying crackheads. So she lied to everyone and said she was going to treatment and moved to Airdire. Well there was no treatment and she is back at her usual tricks going on 3 day coke benders instead of looking after her kid and no doubt she has had multiple sexual partners already. She told me once that she had 4 different guys within one week one time and the only thing she loves more than getting high and drunk is d1ck. She will take it in every hole if you give her a couple boulders to smoke. She is a pathelogical liar and cheats on her boyfriends all the time. She is always messaging her ex’s and past, or even current, fuk-boys and gets mad if you call her on it cuz she thinks there is no issue with it. In her words, “I do what I want when I want cuz I’m a boss ass b1tch so you just have to deal with it cuz I wont change for nobody”. One of those guys she messages and lies about turns out to be the scumbag she fuked while her bf was asleep in the tent not more than 10 feet away. She will lie and tell you to your face she loves you and wants a life with you when in reality she has 2-3 others on the go at the time but if you catch her she tries to turn it on you and say yoour the shady one that lies all the time. If you get to the point where you have solid proof of her whoring around and you put it on her your gonna get nowhere cuz her typical reaction once she can no longer gain anything from you and has to own her actions is to just block youo and run away so she wont hve to deal with anything. Did I mention she has drd? Chances are she wont, not till after she jumped on your dick anyway. And dont think that your man is safe cuz he is taken ladies, remember she is a cheater and that means she will, and has been, the other woman in a homewrecking relationship. Right now she is sneaking around with her cousins husband and his brother doing pepsi behind her cousins back and fuking the brother but saying she has been staying home alone not talking to anyone cuz she is trying to get sober for her and her kid. She was busted in that lie too haha. So watch out for this psycho Airdrie, she will bring nothing but destruction to your life. Or if you dont care and wanna risk it look her up on fb as kathy osbak or snapchat as kathyarin, afterall $20 is $20 and im sure if you put a couple rocks in her pipe it wont be long and you will be putting your pipe in her. 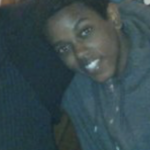